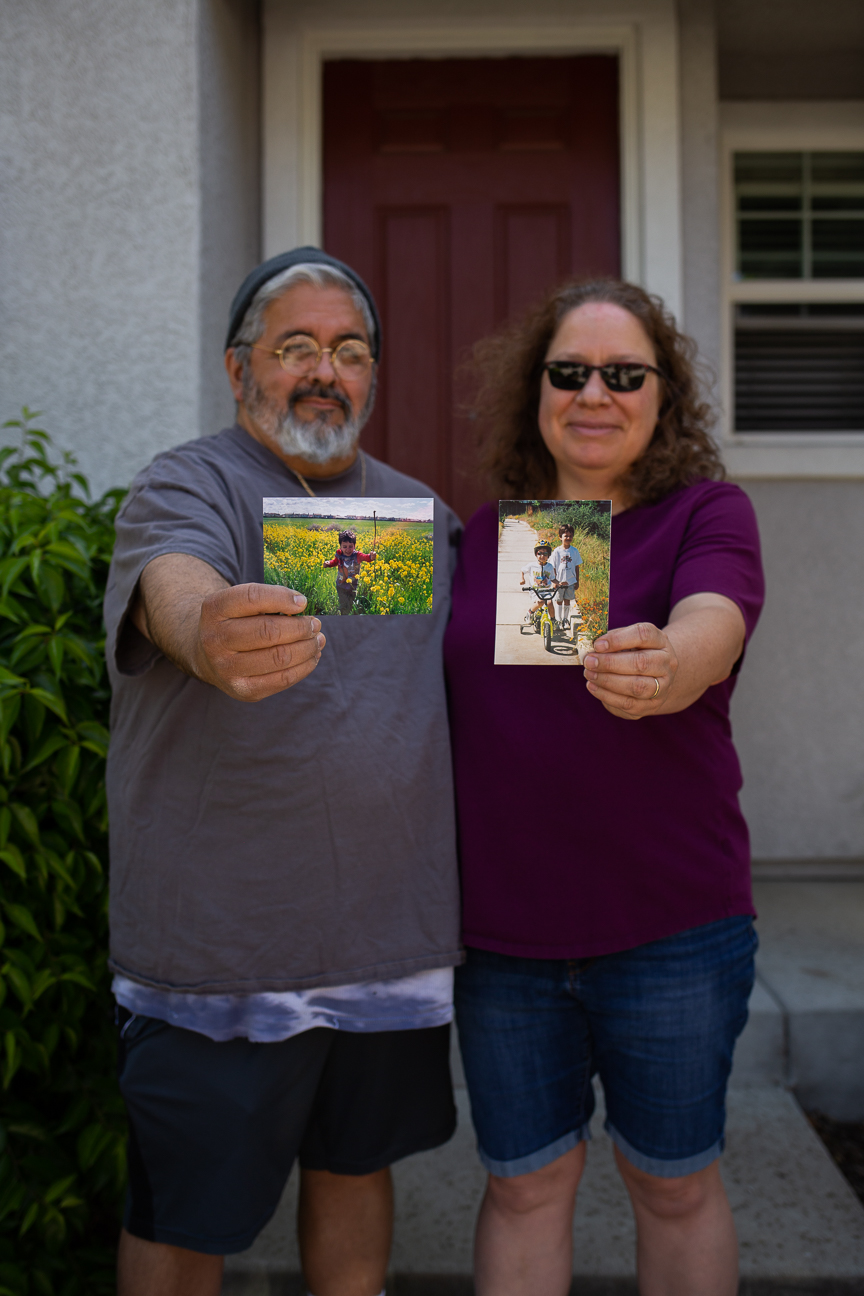 I met my husband on the American River Bike Trail! We were both participating in a bike-a-thon to raise money for an orphanage in Mexico. After we were married and had kids, the kids and I walked and bicycled all over North and South Natomas, from park to park to library to Raley's or Bel Air. Often, I would load my ice chest on a Radio Flyer wagon for the grocery store trips or take recyclables in the wagon to the recycle center.

Keeping those little guys outside was the happiest they could be. I homeschooled them, so it counted as P.E. once they were school age. We used to take the shuttle to the Raley's when that was still operating or take the #11 or #86 bus to the downtown library, which has an entire basement area just for children. On certain days there was a Farmer's Market at Caesar Chavez Park which added to the outing (although carrying a watermelon back on the bus was tricky).

Walking has been a great way to see all the neighborhood walkers and get to know my neighbors. Walking the Natomas trails, I learned that they are designed to always keep a house in view, so I don't feel uncomfortable or afraid walking them. They will usually lead me to a restful park, and many of my neighbors use them for exercise or to dog walk.