Due to low ridership, Jibe Express is suspending all service as of our final route on New Year’s Eve.

We anticipate restarting service in mid-2021 based on positive environmental factors and the needs of our riders.

Now that the Farmers Market has closed for the season, Bike Doc is on hiatus for 2020. Did you know we serviced almost 800 bikes this year?

We'll be posting the 2021 schedule this spring - visit Bike Doc online for details or follow us on social media for information on upcoming events.

Available anytime: our set of online offerings that keep your skills honed and your mind and body active.

The Virtual Bike Doc Is In - The Basics

Weird noises, wobbles, or just curious about how to fix your bike? With a few basic tools and some know-how, anyone can learn how to perform basic repairs to keep your ride rolling along smoothly. Here are some resources to get you started.

ABC Quick Check: The best way to fix your bike is to prevent bigger problems in the first place! By assessing your bike before every ride, you can catch issues before they turn into something more catastrophic. Learn more from this short video from the League of American Bicyclists.

Flat tires: Ask any mechanic and they’ll tell you that the most common repair is to fix a flat tire. Keep in mind that tires slowly leak air over time and it’s important to keep them pumped up to the proper p.s.i. (written on the tire’s sidewall). If you’ve topped up the tire and it’s still not holding air, time to patch or replace the tube. Watch this video from Park Tools to learn how to fix a flat tire.

Brakes: Working brakes are vital to a safe ride. Make sure your brakes have all the stopping power you need with these tips.

Chain: Your chain is one of the most important parts of your bike, transferring the power from your legs to your rear wheel, propelling you forward. A squeaky chain is crying out for a little preventative maintenance. Easy chain cleaning and lubing instructions can be found here.

Shifting: For the most efficient ride, make sure you’re getting the most out of your gears. Your chain should shift smoothly between each gear. If it’s clicking, jumping, or skipping, its time to make some adjustments.

The Virtual Bike Doc Is In - Troubleshooting

Utilize these resources and get back riding in no time! 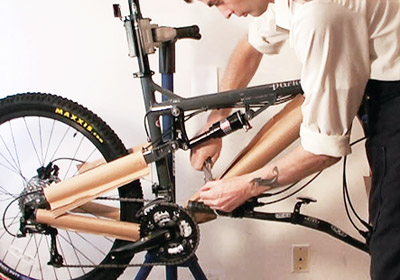 The Park Tools YouTube channel can guide you to any bike repair or component maintenance!

Learn to fix your bike while out riding

All about common trail side repairs 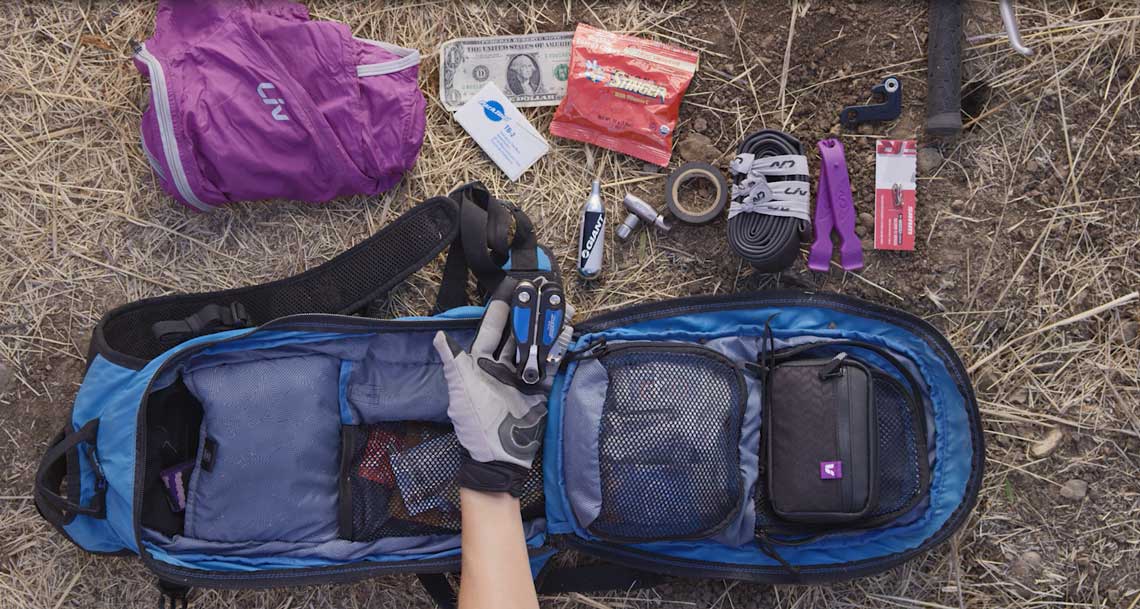 Learn riding techniques, map a real or virtual route, and curl up with a good movie!

Never a bad time to brush up on your bike handling skills.

A comfortable bike will help you ride farther and faster, all while having more fun! Check out this video to learn about basic bike fit.

League of American Bicyclists offers many short videos with tips for riding, navigating traffic, and choosing the right gear.

Learn how to ride safely and confidently! The Project Ride Smart video is good for the whole family but especially designed for 9-14 year olds.

Where will your bike take you? Whether you’re thinking locally or globally, here are some great places to get your planning process started!

Take a ride around the neighborhood - North Natomas Bike Map

Here are some options to track your ride:

With more than 4.8 million bike paths, there’s sure to be one you want to ride

Chill Out With A Film!

The Analog Kids: Short film about a father and son traveling on an overnight bikepacking adventure.

I Just Want to Ride: Lael Wilcox sets out to beat the record for racing the Tour Divide.

6-Day Race: Learn more about Major Taylor, who fought intense racism just 30 years after the abolishment of slavery to race bikes to become one of the greatest athletes of all time.

Afghan Cycles: Documentary about a team of Afghan women who ride despite gender and cultural challenges.

Pee-Wee’s Big Adventure (PG): Pee-Wee Herman sets off on a grand adventure to get back his stolen bike.

Triplets of Belleville (PG-13): A surreal animated film about a young man obsessed with bikes and his grandmother who sets off on an adventure to save him from his mob kidnappers.

Breaking Away (PG): A bicycling coming-of-age classic about a young man from a working-class family who idolizes the Italian cycling team.

Rad (PG): A wannabe BMX racer has to overcome obstacles to fall in love and beat the top BMX racer.

The Flying Scotsman PG-13: Based on the true story of Graeme Obree who broke the world one-hour record on a bike he constructed from washing machine parts.

Premium Rush (PG-13): A bike courier in New York City picks up a package that is wanted by a corrupt detective which sets off a chase around the city.