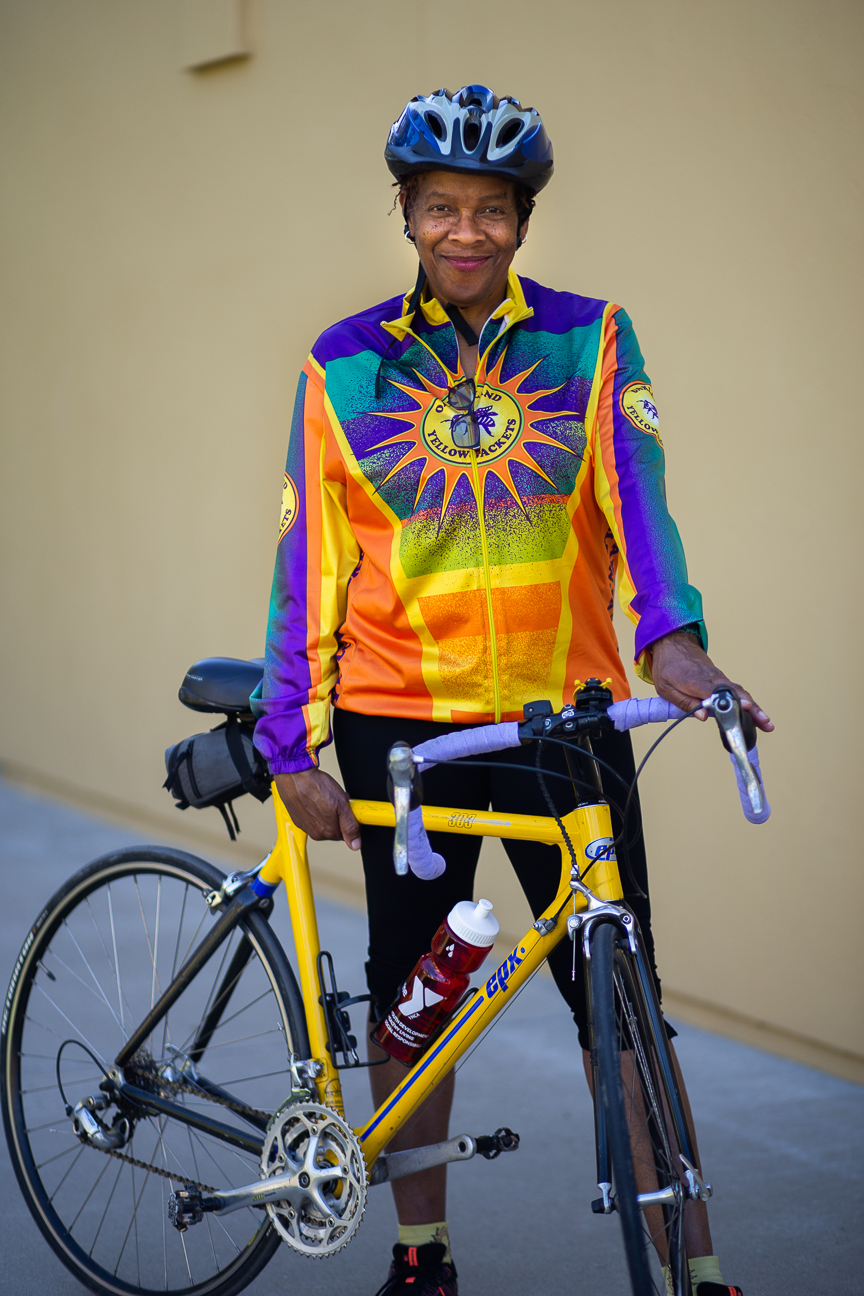 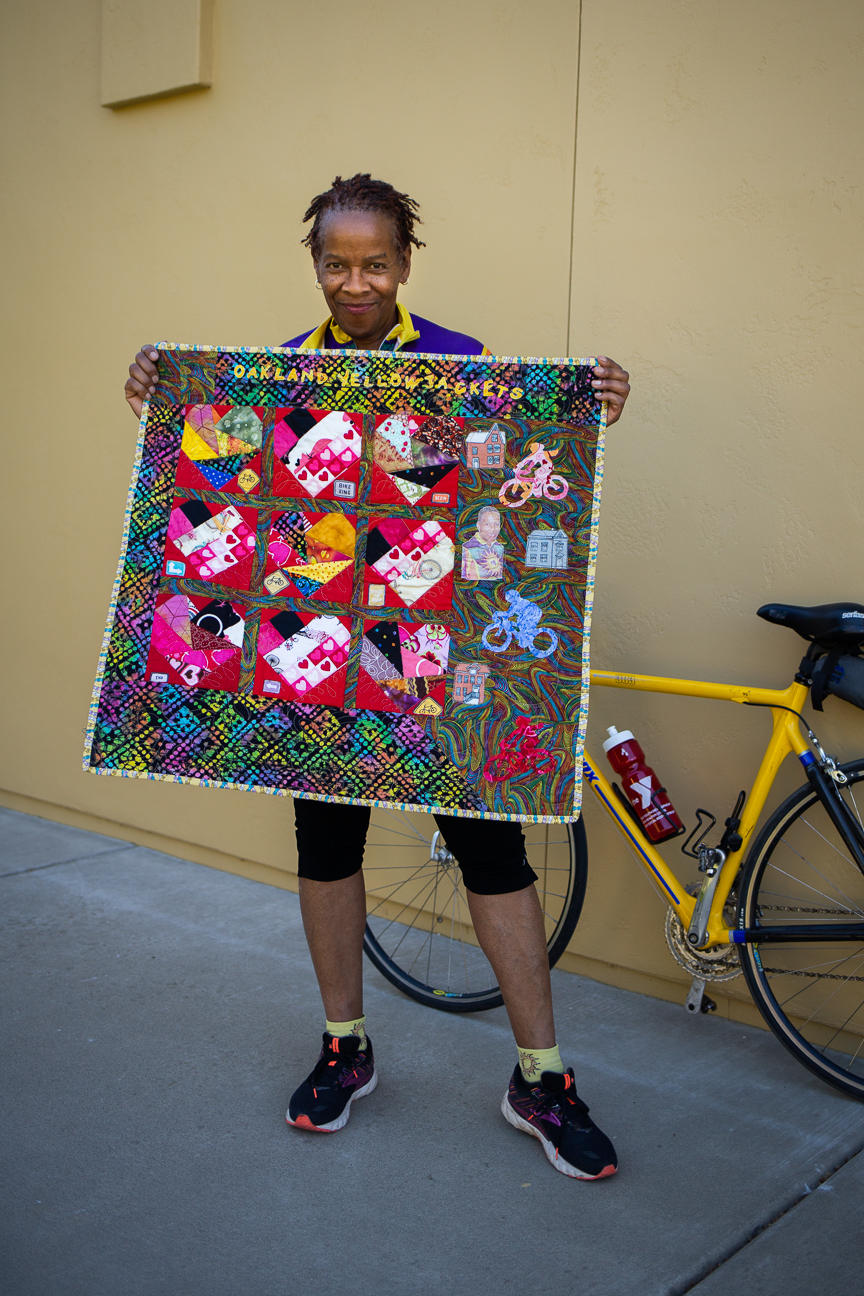 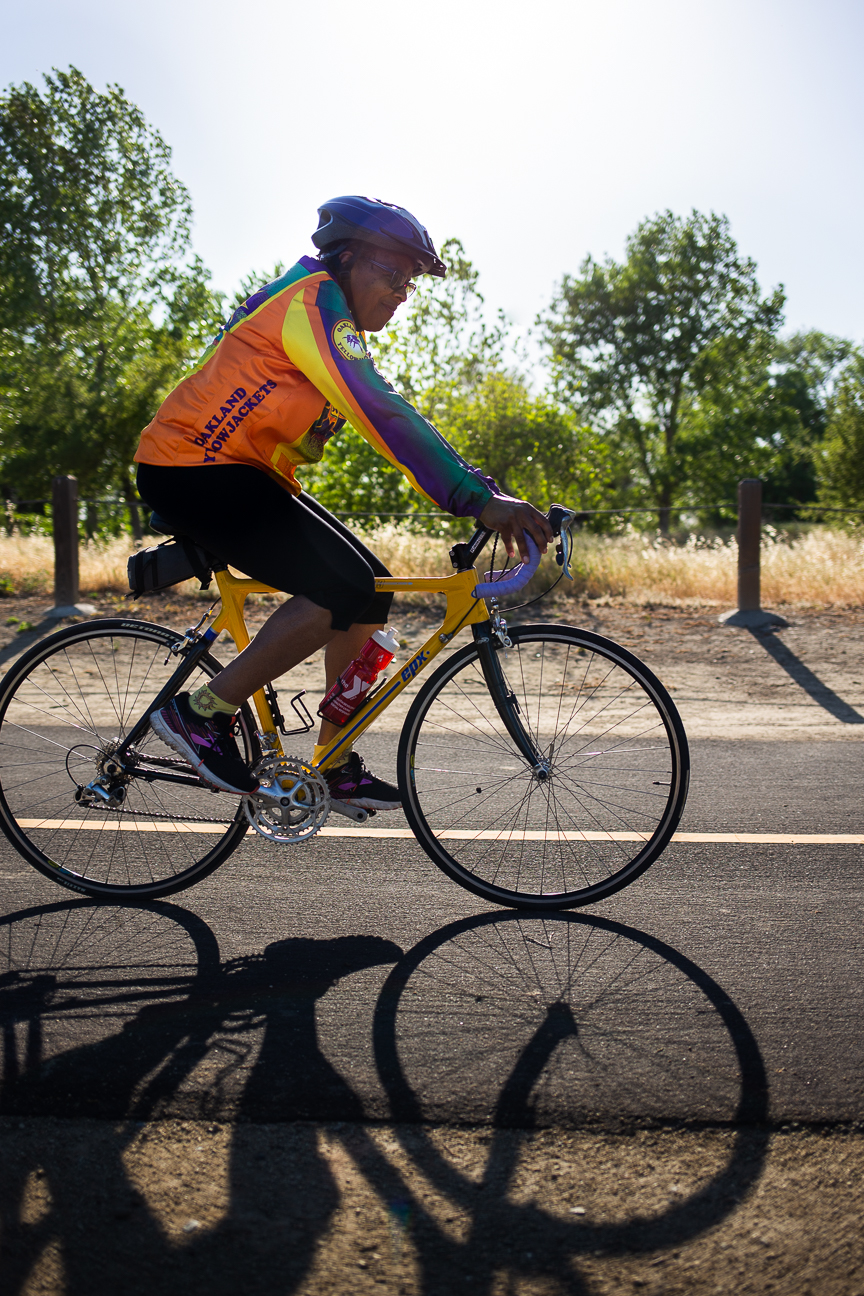 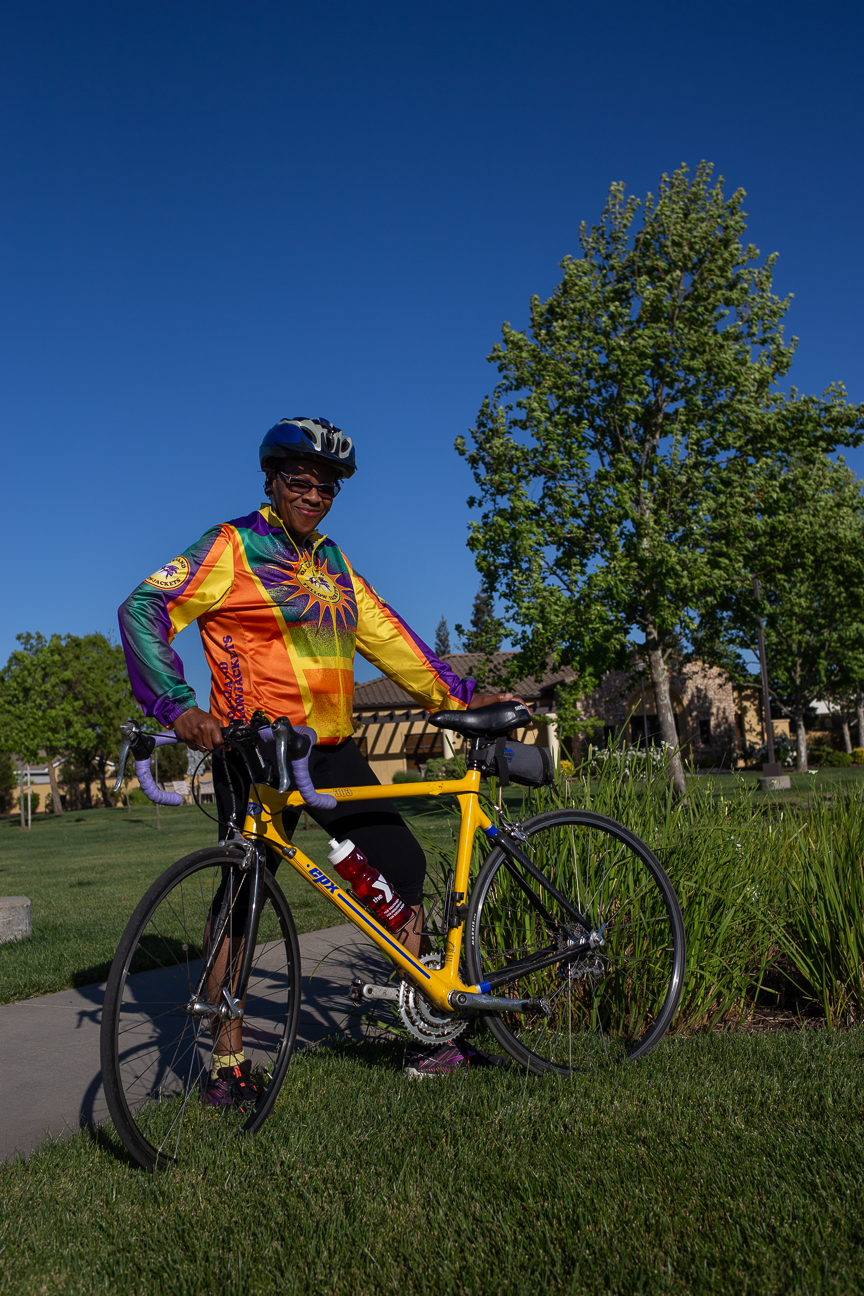 A friend introduced me to the bike club. I did not know what to expect. I simply wanted to get out of the familiar and see more of "town" where I lived. When I joined the club, I initially rode with the "light riders". This was definitely the group for me. I rode near the back, not far from the "sag" that kept track of stragglers in the group. There was a "no drop" policy, which meant they did not leave anyone behind.

I rode with the "light riders" group my first year in the club. My early biking outfit was a long sleeve t-shirt, leggings, running shoes, and a helmet. As I became more observant and skilled, I did purchase a road bike, club jersey and shorts, shoes, and gloves. With the assistance of experienced riders in the group, I developed the skills to ride up the hill without being exhausted at the peak. The "granny gear" and downshifting became my friends on those dreaded hills. I was encouraged to join the training rides, which also increased my stamina and endurance.

In my second year with the biking group, I joined the intermediate riders. I was riding further and maintained an even mileage on my bike. I rode the end of the season ride to Monterey and a badge of honor in the group was to do the AIDS/LifeCycle 7-day ride from San Francisco to Los Angeles. After the AIDS ride, I was fearless….for that season!

I learned sooooo much about the bay and surrounding area while on my bike. I do not believe this would have happened had I not joined the bike club.

Note from Janine: An avid quilter, Amal created a quilt to celebrate her experience as a rider. I asked her about that quilt:

"The bike themed quilt is special to me. It is because when I joined the quilting guild, I was an active member of a cycling group in Oakland. It was through the different rides we did in the Bay Area I really got to see the beauty of Oakland and beyond. On a clear day riding in the hills the views were spectacular, and the company of other riders was equally so! The quilt brings back those memories!"